6th August 2003, legendary defender, Gary Neville of Manchester United was watching his team play against Sporting CP from his home sofa, beer bottle by his side. It was a pre season friendly match for Manchester United. Gary had decided not to travel with the team as he sought some break for himself before the new season begins. It was then when he witnessed a scrawny winger of Sporting CP with number 28 on his back running past other legendary defenders of Manchester United like they were practice cones. He was running past them, dribbling, shooting, causing all sorts of trouble on both wings. Within minutes of the kick-off, Gary Neville was texting his brother Phil and started talking about this teenager, Cristiano Ronaldo.

It was the best audition opportunity a teenaged footballer could dream of in front of one of the biggest club of football. It was the day he waited for all his life. It was the day when Cristiano Ronaldo announced himself to the world.

The legendary manager of Manchester United, Sir Alex Ferguson was so impressed by Cristiano’s performance that he announced 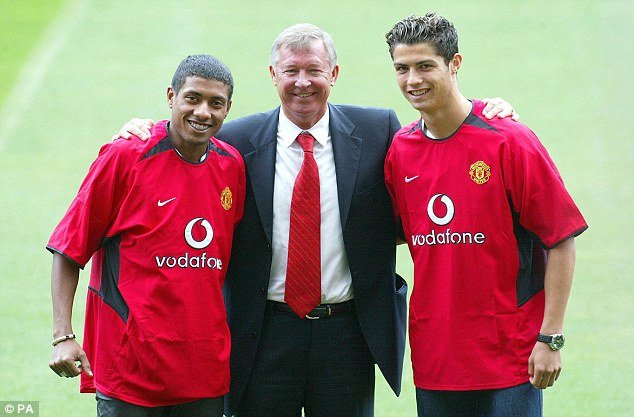 He arrived with his lung bursting speed, flamboyant dribbling, freestyle football, ability to leave any defender to his wake and a thunderous shot.

The following year in 2004 Euro Cup, the world witnessed this exciting winger first-hand as the golden generation of Portugal reached the final of the Euro but lost to a resolute Greece. However, once focus shifted to the premier league, Cristiano started setting it alight. He formed a formidable partnership with another teenaged wonder from England, Wayne Rooney and became the nightmare duo for the opposition.

Cristiano Ronaldo and Wayne Rooney: A nightmare for opposition

Soon enough Cristiano Ronaldo took the mantle of the main man for Manchester United and started scoring goals like drinking water. As easy as it can get for anyone. He jointly held the record of most goals scored during a season with premier league greats such as Alan Shearer and Wayne Rooney until very recently Mohammed Salah of Liverpool broke it. Cristiano won the golden boot and the Ballon D’Or in 2007/08 season for his most prolific season ever with Manchester United having scored 42 goals overall. It was the first Ballon D’Or for a United player after George Best won it in 1968.

“Ronaldo is better than George Best and Dennis Law, who were two brilliant and great players in the history of United.”

“I have nothing but praise for the boy. He is easily the best player in the world. His contribution as a goal threat is unbelievable. His stats are incredible. Strikes at goal, attempts on goal, raids into the penalty box, headers. It is all there. Absolutely astounding.”

Real Madrid started this strategy of buying Galacticos (World renowned players of legendary status) and making them play in a single team. However, they had little success with this strategy until Cristiano arrived. He scored a penalty on his Real Madrid debut and went on to score in his first four league games, first Real Madrid player to do so. CR7 as people often call him scored 33 goals in his first season with Real Madrid and finished second behind Lionel Messi of ultimate rivals FC Barcelona in the race to his second Ballon D’Or after finishing first the previous year. It thus started a great rivalry between two outstanding players of this generation playing in the ultimate rival clubs. Rarely any generation had such luck of witnessing two greats of football battling it out on the top level playing in the same league. Both Lionel Messi and Cristiano Ronaldo broke all the records possible for an individual, shared the World Best Player prize between them for 10 years straight since 2008. Cristiano Ronaldo won almost every club trophy possible with Real Madrid since 2009. 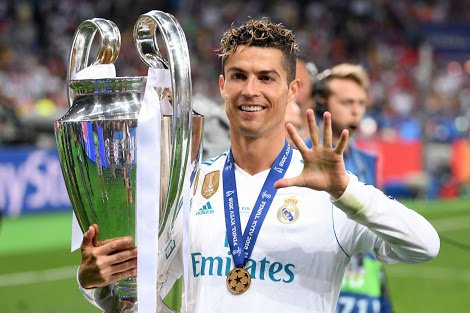 However on international level he was still without a major trophy until 2016. Until that year’s Euro Cup, Ronaldo was part of the Portugal team which reached the final of Euro 2004, Semi final of World Cup 2006, quarter final of Euro 2008, round of 16 in World Cup 2010, semi final of Euro 2012 and an embarrassing group stage exit in 2014 World Cup. Cristiano Ronaldo was 29 years old by then and time was running out for him to win a major trophy with Portugal. However Euro 2016 happened and Portugal somehow managed to go through to the knockouts as best 3rd place team in group stage after drawing all their group stage matches, thanks to the solid structure deployed by manager Fernando Santos and defensive heroics of Pepe. In fact they won only 2 matches in open play until the final against France. It was a huge blow for Portugal and Cristiano when he got injured and had to go out crying just after 25 minutes on the clock. However Portugal held on without their talisman and won via a stunner scored by Eder. It meant everything to Cristiano Ronaldo as finally he won something with Portugal and had something to show to shut out his critics. 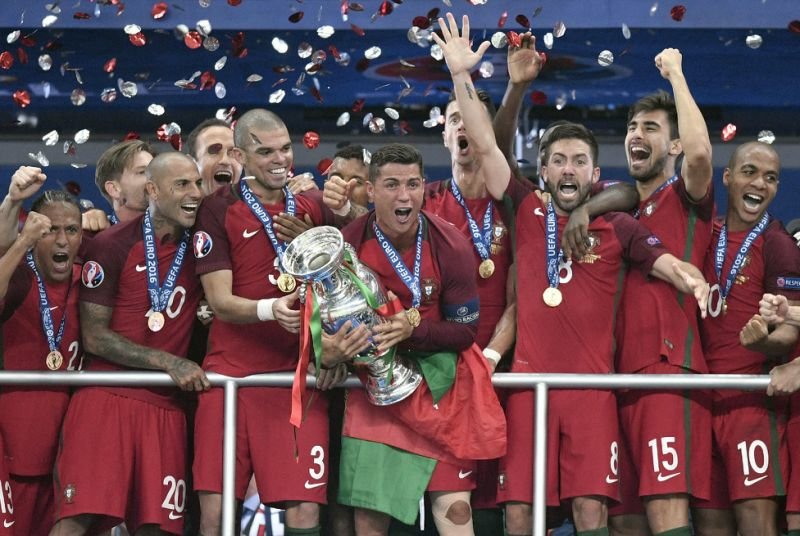 Cristiano Ronaldo and co after winning the Euro 2016

Portugal entered the 2018 World Cup as Euro Cup winners and were pitted alongside Spain in the group stage. For Cristiano, Spanish players were his familiar foes as most of them were either his club mates or club rivals. He utilized that advantage to full and gave one of his majestic performances at the football’s biggest stage in the exciting 3-3 draw with Spain. Cristiano scored all 3 of Portugal’s goals including a free kick in the dying moments of the match to make it even. Instantly Portugal looked hot favorites to go further in the competition.

In the next match also Cristiano scored the only goal of the match in the early minutes as Portugal beat Morocco 1-0. Portugal won the 3rd match courtesy of a wonderful strike from Ricardo Queresema. In the round of 16 Portugal had to face Uruguay who were yet to concede a goal in 2018. Their success was largely due to club and country defensive partnership of Diego Godin and José Gimenez from Atletico Madrid, one of the top club having the meanest defense. It was an uphill task for Cristiano and co. to break this defense and have any chance of going to quarters. But Portugal got knocked out by Uruguay with two wonderful goals from Edinson Cavani.

Cristiano Ronaldo is 33 years old now and by the next World Cup he’ll be 37. It surely must have been his last World Cup where he could play the role of a difference maker. He gave his all, but it was not enough in the end. He was never a guy to shy away from a challenge, he was hated by a lot for his guts, he was a vocal leader on the pitch, he was the ultimate footballer an upcoming player can aspire to become with single minded dedication and hard work. He is the true example of the success hard work and self belief can bring you. Half of the world may hate him now, but once he retires, the whole world is going to miss him.