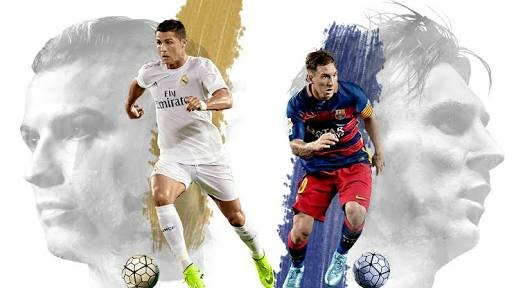 Normally I don’t ponder much into the MESSI vs RONALDO debate about who’s better. But on this special occasion of Messi’s birthday, I would like to share the views of an unbiased journalist who is neither a fan of Messi nor Ronaldo.

You can stop bristling at charts and statistical analyses, stop tilting at windmills in the form of “best of” player rankings and the like and awards that he didn’t win, stop trotting out statistics that support your contention. You can stop it all, because there is no comparison. Further, anyone who thinks that there is really isn’t worth taking at all seriously.

In an interview, Luis Enrique, on the incessant Messi and Ronaldo comparisons, said simply enough, there isn’t any comparison, even if you drag out stuff like the “Ballon d’Or.” It was brilliant because it laid waste to everything, all the hot takes, all the statistical analyses, all of it. It said that someone might think one player or the other is better because they have acquired a gilded bauble, but a savage who cares about nothing more than winning is here to tell you: there is no comparison.

My respect for Cristiano Ronaldo is immense. He is a brilliant footballer and a magnificent goal scorer. But Messi is something completely different. At times, they aren’t even playing the same game. This isn’t a knock on Ronaldo. Not at all. It’s just that even at his most magnificent, Ronaldo could never do what Messi did. Nobody in the game could, and that includes Maradona.

Yes, Maradona had great dribbles, great matches and has World Cup gold to brandish in support of those who say that Messi isn’t his equal. Immaterial. But here’s the biggest problem with any efforts to compare Messi to Ronaldo or anyone else: art and the unquantifiable effect that it has on the human soul.

There is an opera by Francis Poulenc, called “Dialogues of the Carmelites.” It tells the story of the Martyrs of Compeigne, Carmelite nuns who were guillotined rather than renounce their faith. The climax of the opera is, of course, the scene where the nuns, singing in unison, march to the scaffold. As the sound of the blade falls, repeatedly, the chorus of voices is reduced by one. It is an absolutely heart-wrenching moment. You can’t watch it, You can’t deal with it, You can’t listen to it.

How do you explain that effect to someone? When you look at a piece of art that is beautiful, sufficiently so as to render you speechless, how can you answer the tears in your eyes? There is no explanation for it. You can fall back on painterly dissection or art historical context, but it’s a bunch of blablabla that doesn’t and can’t quantify the effect that art has on us.

“See, he scored x goals and Ronaldo … ” So what. Messi statisticians now have something called the pre-assist, yet another plank in the platform that attempts to objectively explain why Messi is better than Ronaldo. But I don’t need any of that. All I need is YouTube clips of goals — Getafe, Bayern, Athletic Bilbao, Real Madrid, Espanyol — the visual evidence that magic exists. Statistics don’t make magic make sense. When a great illusionist performs a trick so remarkable that it makes you angry because you KNOW dude didn’t just make a human being vanish, but where the HELL is the person? Dammit! The trick can be explained, but it doesn’t help. It’s the accomplishment.

You can’t even explain his goals, which is part of the problem. So people reduce Messi and Ronaldo to goals or some other statistical notion, but Messi exists in the realm of magic. It’s why you needn’t bother. It isn’t a question of science, it’s a question of art and feeling. That said, it doesn’t mean that Messi’s vast superiority is subjective. It’s objectively subjective, a lot like the arguments that Larry Bird or Magic Johnson were equal to, or better than Michael Jordan. No. Nobody was, for the same reason nobody compares to Messi.

When you look at something and exhale when it’s over, that’s the quality that scribes call “breathless.” You’re watching and wondering, marveling. You can’t believe what you’re seeing, yet there it is. How can we quantify that? We can’t. No statistic can explain what it’s like to see Messi move, the improbability of it all.

Ronaldo is gorgeous. Face, hair, abs. He leaps, runs and slashes through the game with long strides, a being that not only is superior — he looks superior. You see him face off against a defender, and even aesthetics are in his favor. His stepovers are flamboyant, even when he knows he is just doing them because that is what Ronaldo does. He scores goals in quantities that would be absurd if not for that squat Argentine bloke who eschews the crossover for the stop and drop, that shoulder dip that you know is coming but can’t do anything about. What if this time it’s not real and he keeps going? Jerome Boateng probably had that internal dialogue before toppling like a sequoia. Lots of players do. Messi doesn’t rum as much as chop, like an armadillo capering among lions.

Lionel Messi doesn’t make sense except in that emotional realm where things don’t make sense because they can’t be explained. So how can anything be compared to that? Luis Enrique was right. Give all the trophies and player of the years that you like. They vex Messi fans, and they shouldn’t because there isn’t a comparison. It’s almost like Messi is a footballer from another planet, where he isn’t bound by the rules of Earth. So when he doesn’t win Earthly awards, who cares?

You can’t explain it, I can’t, none of us can. That is what makes the comparisons pointless. You have to make Messi make sense, and he doesn’t.” 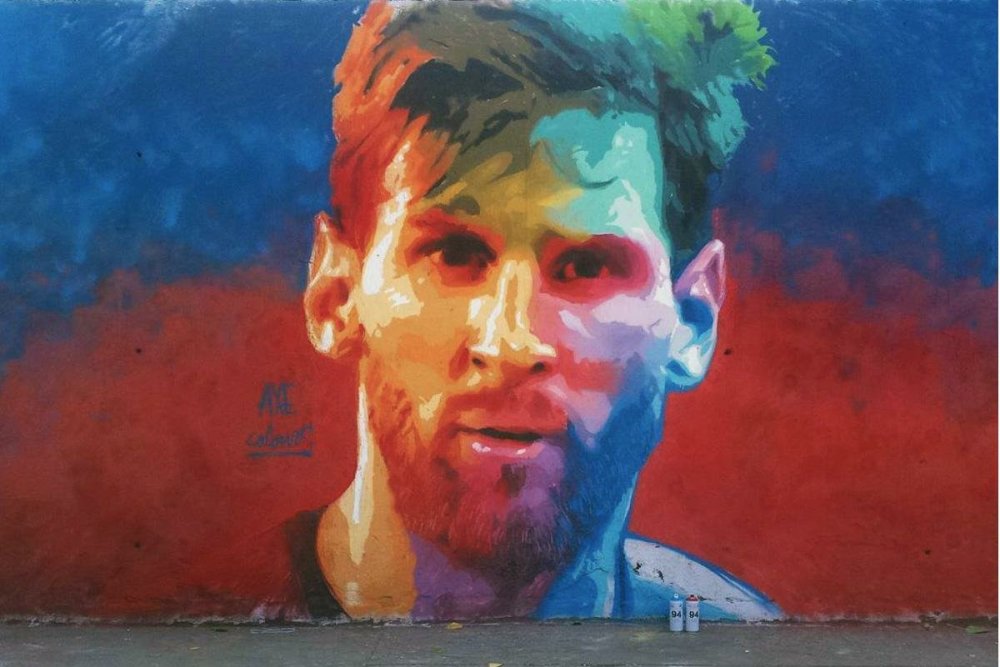